The Outlook for M&A Activity Under the Biden Administration

Despite the legal challenges made by United States President Donald Trump to the results of the general election in November 2020, the world has largely accepted that his tumultuous term has come to an end. Corporate leaders and market analysts are looking forward to the administration of President-elect Joe Biden, and they are wondering about the future of mergers and acquisitions as the global economy begins to emerge from the COVID-19 pandemic.

Based on projections made by economists, the M&A market is expected to pick up where it left off when the World Health Organization declared that the spread of SARS-CoV-2 had become pandemic. This expectation would have been the same in the case of a Trump reelection because pharmaceutical giants such as AstraZeneca and Pfizer had a good idea about their time frames for vaccine development and emergency use approval.

For M&A specialists, the prospect of a Biden administration brings advantages and disadvantages with regard to future deals. For the most part, the pros outweigh the cons, but there are some factors to consider. First of all, President-elect Biden is a seasoned politician and statesman who is nothing like Trump; the advantage in this regard is political stability. Corporate leaders who thought Trump’s business background should have resulted in an unencumbered climate for M&A were initially pleased with a nice tax reduction package, but they were later unpleasantly surprised by the trade war with China.

When it comes to M&A regulation, the U.S. Senate always has the last word. Shortly after the general election, it seemed as if Republicans were on track to retaining control of the Senate, but this sentiment changed a few weeks later with the pending run-off elections in Georgia, where it looked like the balance of power could tilt towards Democratic control at the last minute. It’s fair to say that election voting services through mail-in ballots have drastically improved accessibility to voting.

Common political wisdom implies that a Democratic Senate would rush to provide stimulus packages to help Americans deal with the economic collapse caused by the pandemic; this would be good news for the M&A market because it promotes macroeconomic relief. A Republican Senate, on the other hand, would prefer to restrict some of the benefits of a stimulus package. At the same time, however, Republicans are always ready to block legislative proposals that curb the potential of a free-for-all M&A market.

Shortly after the general election, law firms and investment bankers dusted off some M&A deal files that had been suspended because of the pandemic, but even with this uptick of activity, global deal volume was 12% lower than during the third quarter of 2019, which translates into a decrease of more than a trillion dollars.

Working on your marketing doesn’t have to be an expensive, multi-month project. Paying attention to the “little things” can produce big results. Here are 5 things you can do this week to work on your marketing and grow your business. You don’t have to do all five – pick one or two:

1. Schedule marketing appointments with yourself. The best way to make progress on your marketing system is to consistently spend time working on it. Get out your calendar and block off 90 minutes per week for the next month to work on your marketing.

3. Invite a prospect (or customer) to a networking event. Do you attend chamber meetings, lunch and learns, or other networking events? Why not invite prospects and customers to attend with you? This can be a great way learn more about your customers and their business. If you’re looking for a great place to host our event, check out Corporate Function Hire Brisbane

During Biden’s political campaign, he often mentioned the need to review current legislation related to antitrust practices and taxation of capital gains. To this effect, it would be safe to assume that a Democratic House and Senate would likely support Biden’s proposals, but this does not automatically translate into a negative for the M&A world. As explained in this recent article, bankers and law firms know how to stay flexible and prepare for such events; what they do not like is being thrown the kind of wild pitches that were so common during the Trump administration. 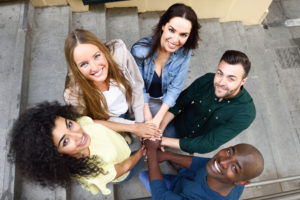 Leaving a Legacy of Helping    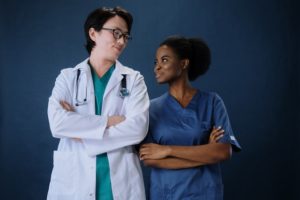 6 Reasons Why You Might Consider Becoming A Holistic Nurse