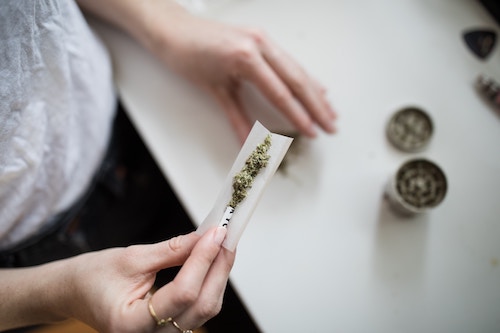 Everybody knows that if they’re driving, they shouldn’t be drinking. For decades, impaired driving campaigns have educated the public on the dangers of getting behind the wheel after consuming alcohol. You know that even a couple of drinks can slow down your reaction time, impair your judgement, and even affect your vision. And while these public education campaigns have been effective, Canadians are about to face a new impaired driving danger.

As the Canadian government moves closer to legalizing marijuana – perhaps as soon as Labour Day – one of the key questions that still has to be answered is how to deal with pot-impaired drivers.

A Health Canada survey revealed that 39 percent of people who use marijuana have admitted to driving within two hours of smoking pot. That same survey revealed that only 50 percent of pot-smokers felt the drug impaired their ability to drive. I guess now you’re thinking of getting that auto insurance, and you should. The scary truth is that drivers who have used marijuana are up to six times more likely to get in a crash than drivers who are not impaired, according to the Canadian Centre on Substance Abuse.

Given the danger posed by drug-impaired drivers on the road, being able to test for pot and charge impaired drivers is a matter of public safety. Unfortunately, legislators have struggled with how to implement a reliable and fair test. The current version of the law gives officers the authority to test drivers if they suspect drug-use, either by smelling pot in the car or seeing erratic driving behaviour. Drivers with a blood-drug concentration of between two and five nanograms of THC per millilitre of blood will be found guilty of a summary offence of drugged driving, with a maximum fine of $1000. Drivers with more than five nanograms of THC in their blood would be guilty of impaired driving.

Experts have already pointed out the flaws in this proposed system. One investigation revealed that the tests administered by police drug recognition experts are no better at detecting impaired drivers than flipping a coin. With alcohol, years of research have determined that a higher blood-alcohol concentration is a reliable indication that an individual is too impaired to drive. Marijuana, however, is a fat-soluble drug, meaning it stays in the body for a longer period of time, and is metabolized differently depending on the individual. In addition, marijuana can be consumed in a variety of ways, including using a beaker bong or a glass bubbler, which can affect how it affects a person.

The increased risk of driving under the influence of marijuana isn’t just vexing politicians and police officers, it also concerns Canadian insurance brokers. One insurer has sounded the alarm that legalizing marijuana could result in an increase in auto accidents, and the industry as a whole is evaluating how the new law will affect insurance policies if it means an increase in claims.

While the effect legalized marijuana will have on drivers is still up in the air, there is one certainty: legalized pot is coming to Canada and drivers need to educate themselves on the consequences of driving while high.